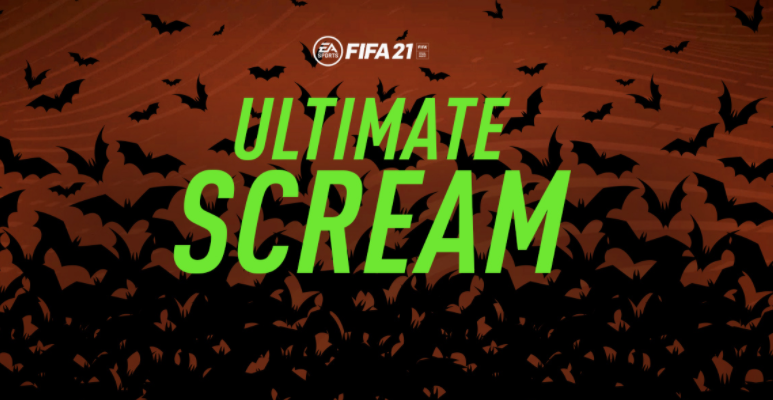 What is FUT 21 Ultimate Scream?

The Ultimate Scream is an event in FIFA 21 Ultimate Team mode that celebrates the Halloween with special Ultimate Scream player items, packs and SBCs.
Last year, the FIFA 20 Ultimate Scream team was stacked full of players who had two of their stats increased. This turned players like Dele Alli into an elite defensive midfielder and Adama Traore into an untouchable wing-side terror.
Before that, selected players would get boosts on the full moon.
This year’s Halloween team is expected to follow the FIFA 20 formula, though EA SPORTS has yet to confirm if this is the case. Here’s everything we know so far, including when the new FUT promo will begin and which players might be in it.


When is FIFA 21 Ultimate Scream released?
FIFA’s spooky Ultimate Scream promo comes at the same time of year every annual release ⁠— Halloween! This year will be no different either, with EA insiders tipping the event to begin on Friday, October 23, just a week out from Halloween itself.
The event should run for just over a week, past the Halloween weekend.
That means any special packs, FUT challenges, and promo deals that hit Ultimate Team in the FIFA 21’s first big event will last until around November 2 before disappearing.

What makes Ultimate Scream items special?
Each Ultimate Scream player comes on a unique item shell and an upgraded rating upon release. But it’s during various periods during the season where the additional temporary boost takes them from scary to utterly terrifying.


How does the Temporary Boost work?
All 23 Ultimate Scream players will automatically receive terrifying temporary stats boosts at various periods during the season, starting with Halloween (Oct 28 to Nov 1). When the period ends, the item goes back down to its original initially upgraded Ultimate Scream rating, until the next boost period.

Are Ultimate Scream Players tradeable?
Yes. You can trade the 23 Ultimate Scream players that you find in packs from the auction house from Oct 23 onwards. When they receive their temporary boosts, you can still trade them but beware, they will return back to their original initial upgraded rating once the boost period ends.


When will Ultimate Scream items get temporary boosts?
The first boost period is Halloween, from 10am PDT on Oct 29th until 11am PDT on Nov 1st. Future boost periods will be announced closer to their start time.


How does the upgrade work in FIFA 21?
All Ultimate Scream players will receive PERMANENT upgrades which last throughout FUT 21. Each Scream Team player will receive a different combination of upgrades.