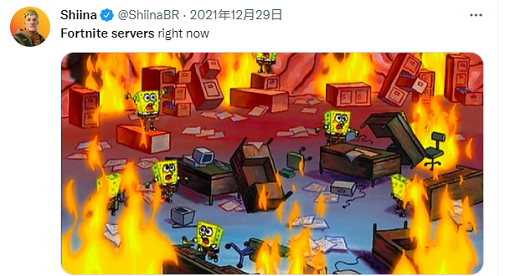 It was first reported on December 29 that Fortnite was shut down due to a server problem, and Epic Games brought it back online a few hours after the Battle Royale was offline. Epic also promised rewards to compensate for downtime although they didn’t share an explaination for the accident. Then January 5 the official Fortnite Twitter account revealed what we can get.

“ As thanks for everyone's patience during the December login issues, we'll be kicking off a Power Leveling Weekend from [7 p.m. ET on January 7 to 7 a.m. ET on January 10] and granting everyone who logged in during Winterfest the new Crescent Shroom Pickaxe before it arrives in the Shop later." 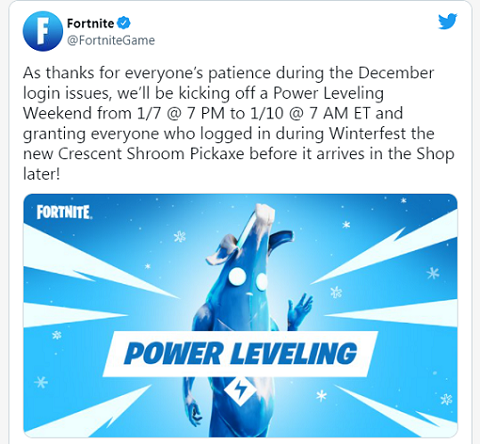 A Pickaxe!! It was really shocking and annoying for most players. Maybe the official realized that, then added that they will give Supercharged XP for the weekend. But A double XP weekend is nothing to sniff at, especially as the new-ish season means that many will still likely be working their way through their Battle Pass.

Anyway, wish this kind of massive server disablement will not happen again.

Now we can turn to some new update about winterfest 2021 details: new loading screen, new challenge location and new skins. Even Chapter 3 Season 2 Leaks in the wild! Fortnite content creator Tabor Hill has shared information about the next season of Fortnite, including details of a new vehicle.

Tabor explains that in Season 2 players will be "at almost like a war with the 10 people". The story is set to follow on from the events of the Chapter 2 finale, with the Imagined Order wanting revenge on The Seven and everyone else on the new Island. Evidence of this can already be seen in-game with an 10 drill that has been spotted near Logjam Lumberyard.