On the morning of the 29th, fortnite players could no longer log in. Epic replied that they were fixing it as soon as possible, but the downtime actually lasted for about seven full hours. Did this emergency affect you?

But anyway, it has been fixed now and made us realize anything could have possibility to happen in Fortnite. And the fortnite weather update is right around the corner, it’s almost ready to release within the next week. Thanks to the videos from YouTube and news from twitter, we have ideas of what tornados and lightning storm will be like as well as more details as follow.

Second, the other important aspect is weapon. Leakers have figured out that there will be a pistol type weapon that shreds through builds. It's apparently very in the works but right now it's gonna only fire one shot every two seconds but here's the kicker it does 400 damage per hit to builds so it looks like this is gonna be a noob's best friend.

And third, the new dinosaurs will be added to Week 7. The snow on the island is expected to melt and reveal the return of tilted towers. It is currently in case the knives but not for long he could even spot it in the battle fast loading screen. There's also some extremely unique items waiting for us like pizza box. 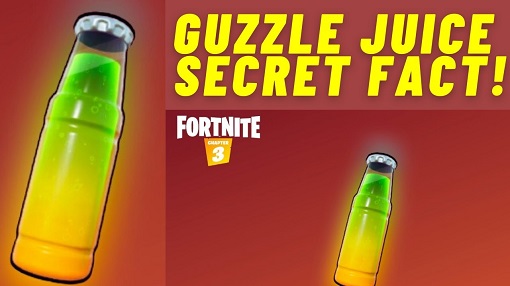 By the way ,some funny season quests probably have attracted your attention. One of them is about Guzzle Juice.In the Update 19.01, they increased the heal speed of Guzzle Juice. Last big hit drink in Fortnite is Slurp Juice -grants one health every 0.5 seconds, up to a total of 75. If health is full, shield will be granted instead. Which one do you prefer?