Fortnite Chapter 3 Season 2 is running right now, with two skins currently in the Battle Pass, with more likely to come in the future. This also won't stop with Season 3, which kicks off in June and will feature a new Fortnite Marvel comic book event called Zero War. And as we all know, Donald Mustard, the chief creative officer of Epic Games, has put a lot of great stuff into the game. 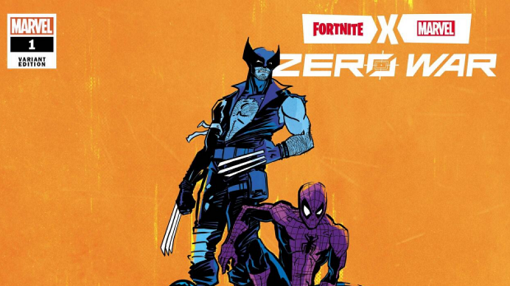 This June, the five-issue limited series will see veteran Marvel writer Christos Gage and incredible artist Sergio Davila team up with Epic Games to bring huge impact to both universes legend! Known for his work on the wildly popular video game Fortnite, Mustard also provided a special variant cover for the inaugural issue of the magazine starring Wolverine and Spider-Man, along with the iconic Durr Burger!

Following the success of the 2020 crossover "Fortnite" X MARVEL – NEXUS WAR: THOR, the upcoming comic mini-series with "Fortnite" will feature Spider-Man, Wolverine, Iron Man and Shuri as protagonists. The comic's story follows the inhabitants of the island, who are trapped in a seemingly never-ending war with only one thing that has the potential to turn the tide: a crystalline shard of zero that's been cast into the Marvel Universe.

Marvel has now confirmed that all five installments will come with codes to unlock Fortnite rewards - including two brand new skins. While most of these will also be available in the in-game store, Marvel notes that "select in-game items" can only be obtained by purchasing the comics - although it appears that Marvel Unlimited digital subscribers will also be able to claim codes.

Here’s everything you can get along with each issue of the comic: