Fortnite update moved the battle between the 7 and the io from the daily bugle over to the condo canyon point of interest while the previous battleground at the Daily Bugle received some major map updates. First is about io blimp. Last week we had the giant war between the imagined order and the Seven going down at the Daily Bugle，the blimp that was right above the daily bugle crashed right outside of the sanctuary and it looks like the blimp is literally on fire; it's leaking some oil out of the back of it and there's even more of it underneath the water. You can only just walk around it and there's no loot on it sadly it definitely feels smaller than it actually did in the air.

Second is the new tank, but another thing which is cooler - the ghost flag. A lot of people think the reason epic games added this flag was because they're actually going to be bringing midas back very very soon but we’re not really sure. Maybe they are trying to tie the ghost and shadow storyline back to the seven and obviously the io storyline which is very complicated. 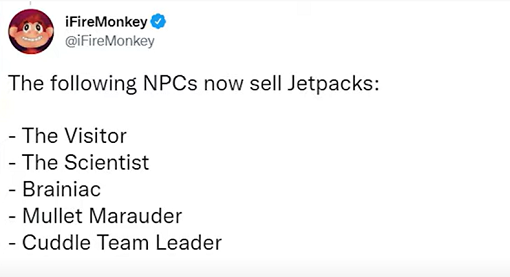 Third is Jet packs are back again. It can be found hanging on walls of io blimps and are sold by NPCs. And egg launchers and bouncy eggs have been unvaulted and there's some new challenges available as well. Here are the following NPCs that now sell jetpacks visitor scientists brainiac mullet marauder and cuddle team leader. But condo canyon is not under assault and competitive but the Huntmaster Saber boss has still been relocated.