As more and more cities were devastated ,over 6.5 million Ukrainians fleeing the country and a third of the population displaced. Tens of thousands of Ukrainians and Russians have died since Russia invaded Ukraine , and third parties estimate the lose among Russian troops are the greatest.

To help people suffering from Russia-Ukraine crisis, IGVault made a decision :

During this crisis period , we will give 10 percent of each order as donation , to ICRC institutions for victim assistance in the Russian-Ukrainian war.

This donation activity has been recognized by players from various countries. We are appreciates offers of contributions of supply support in solidarity, let the people from Russia-Ukraine crisis feel the love and support from material and spiritual.

You can check our donation email as follows : 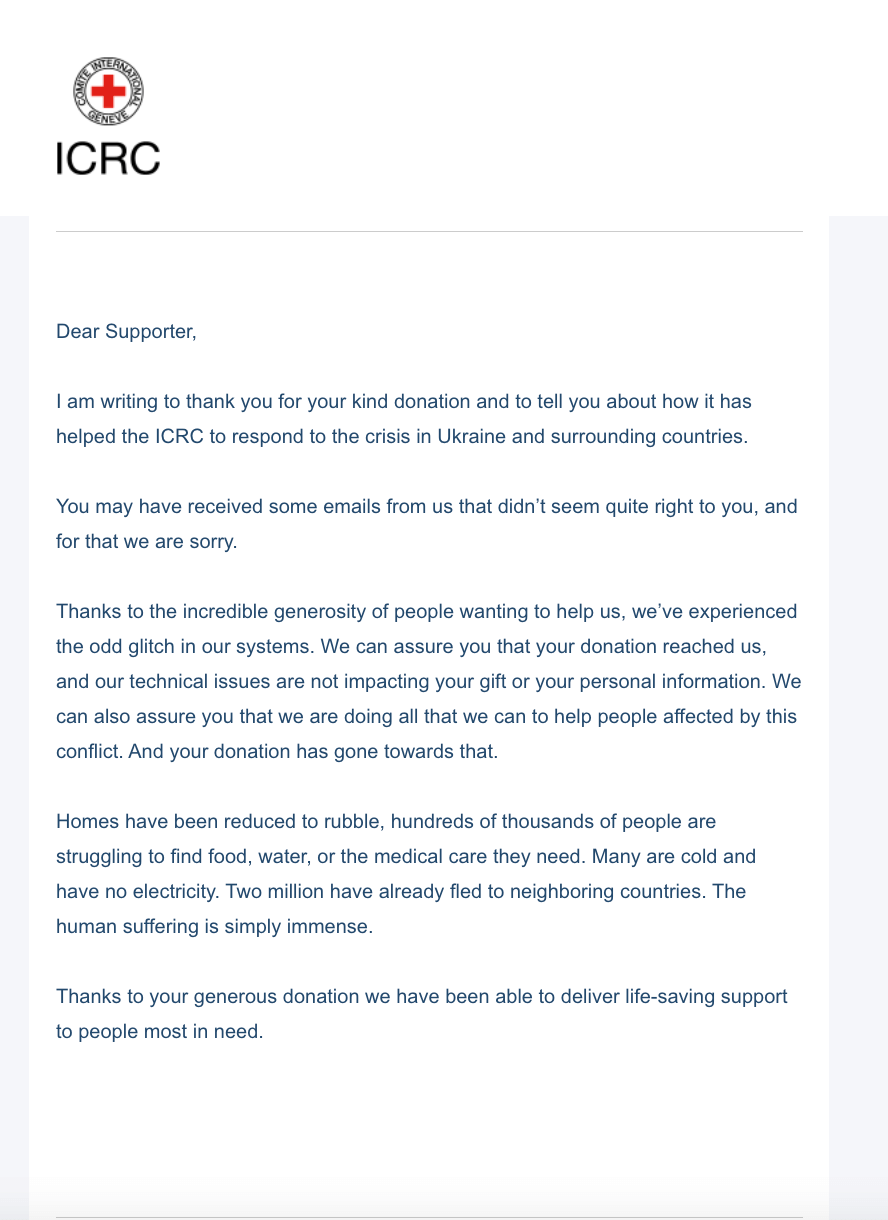 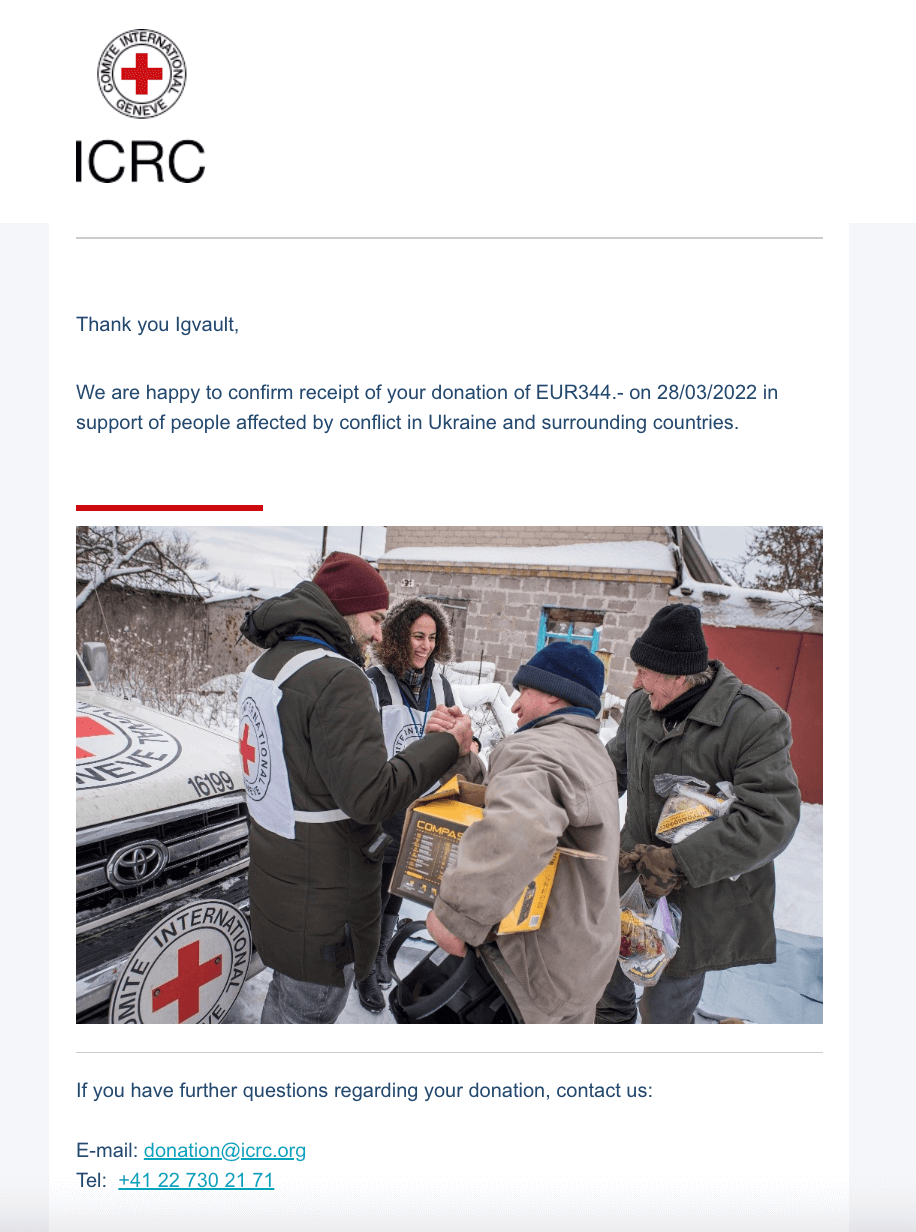 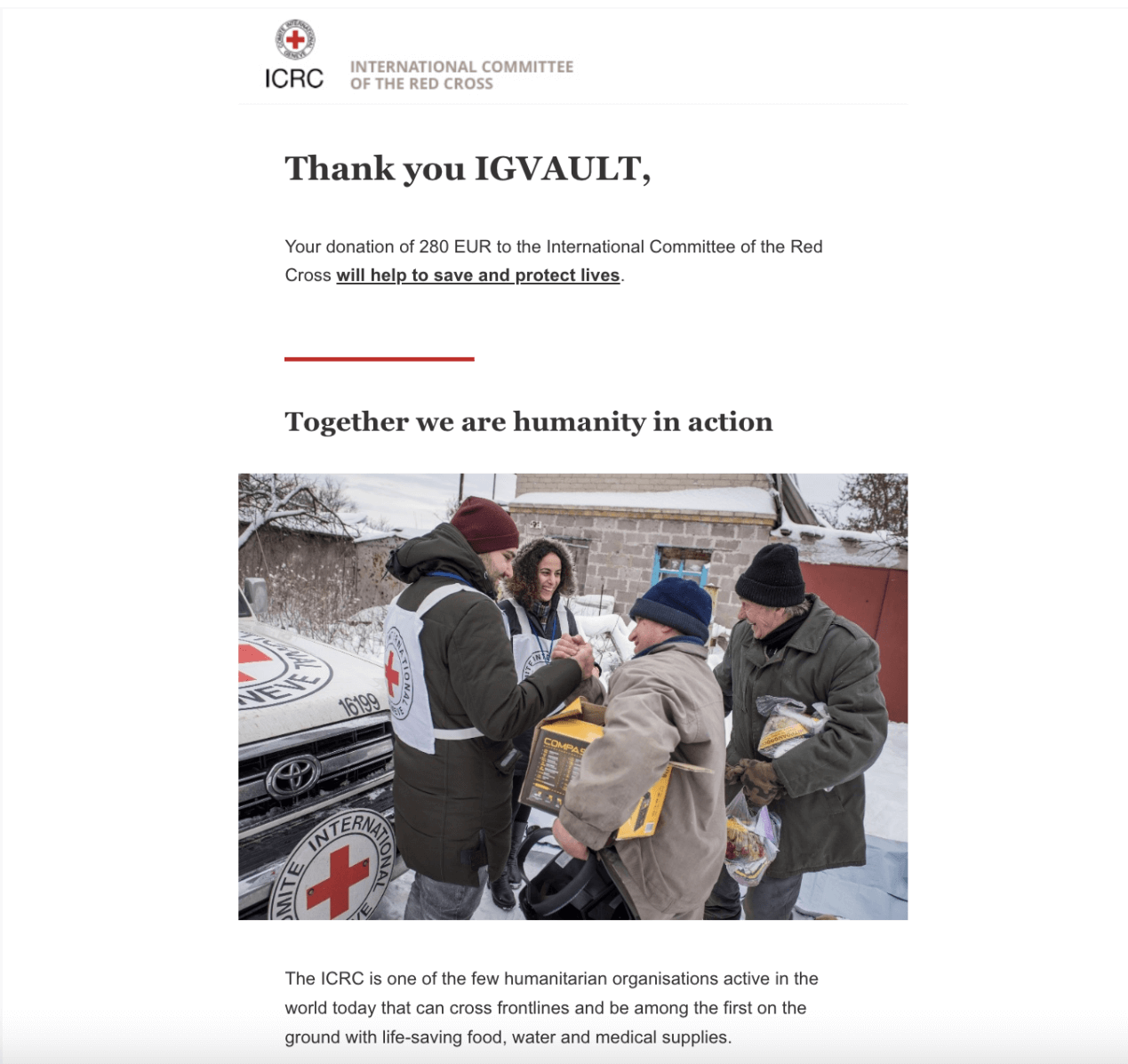 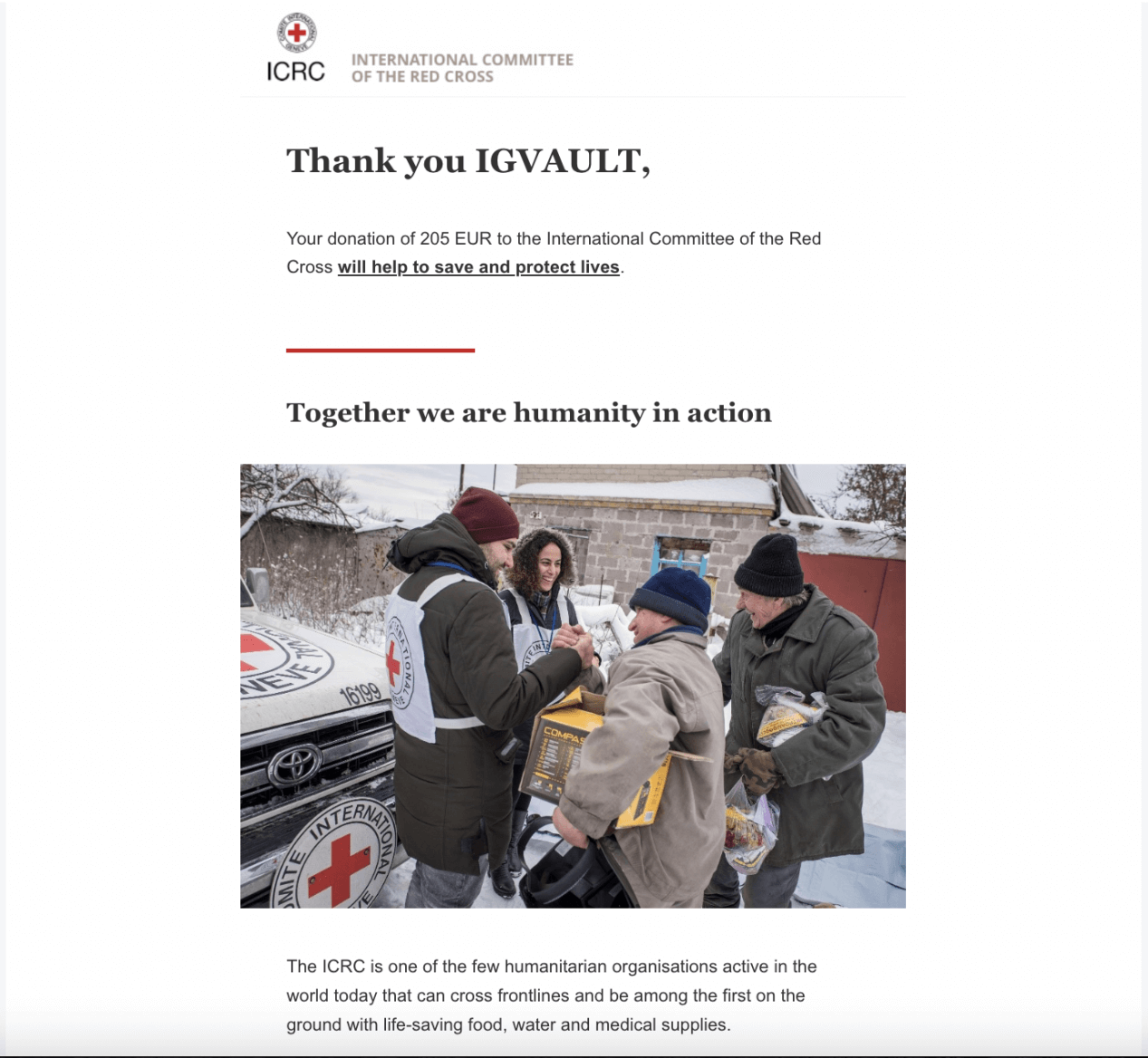 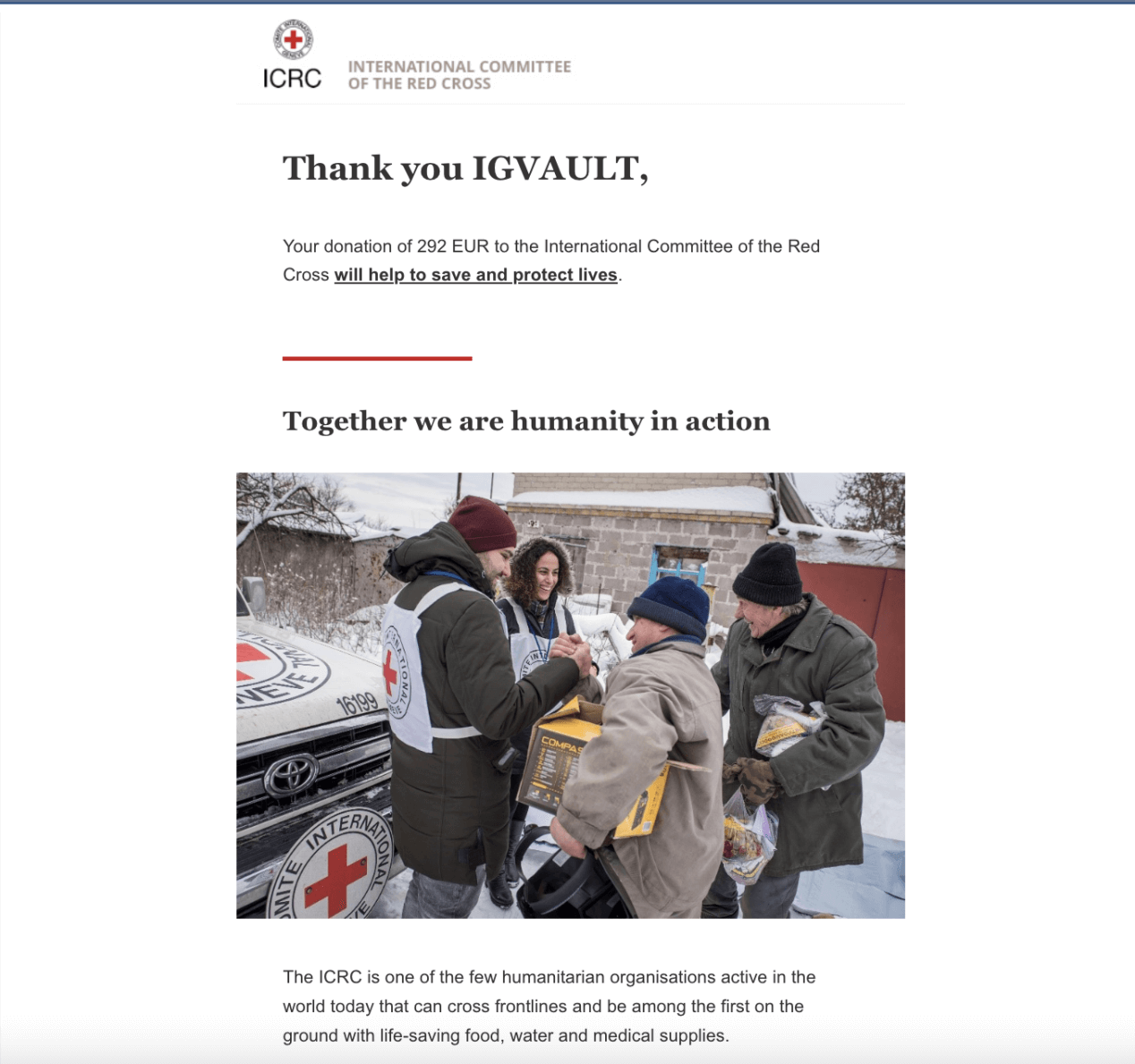 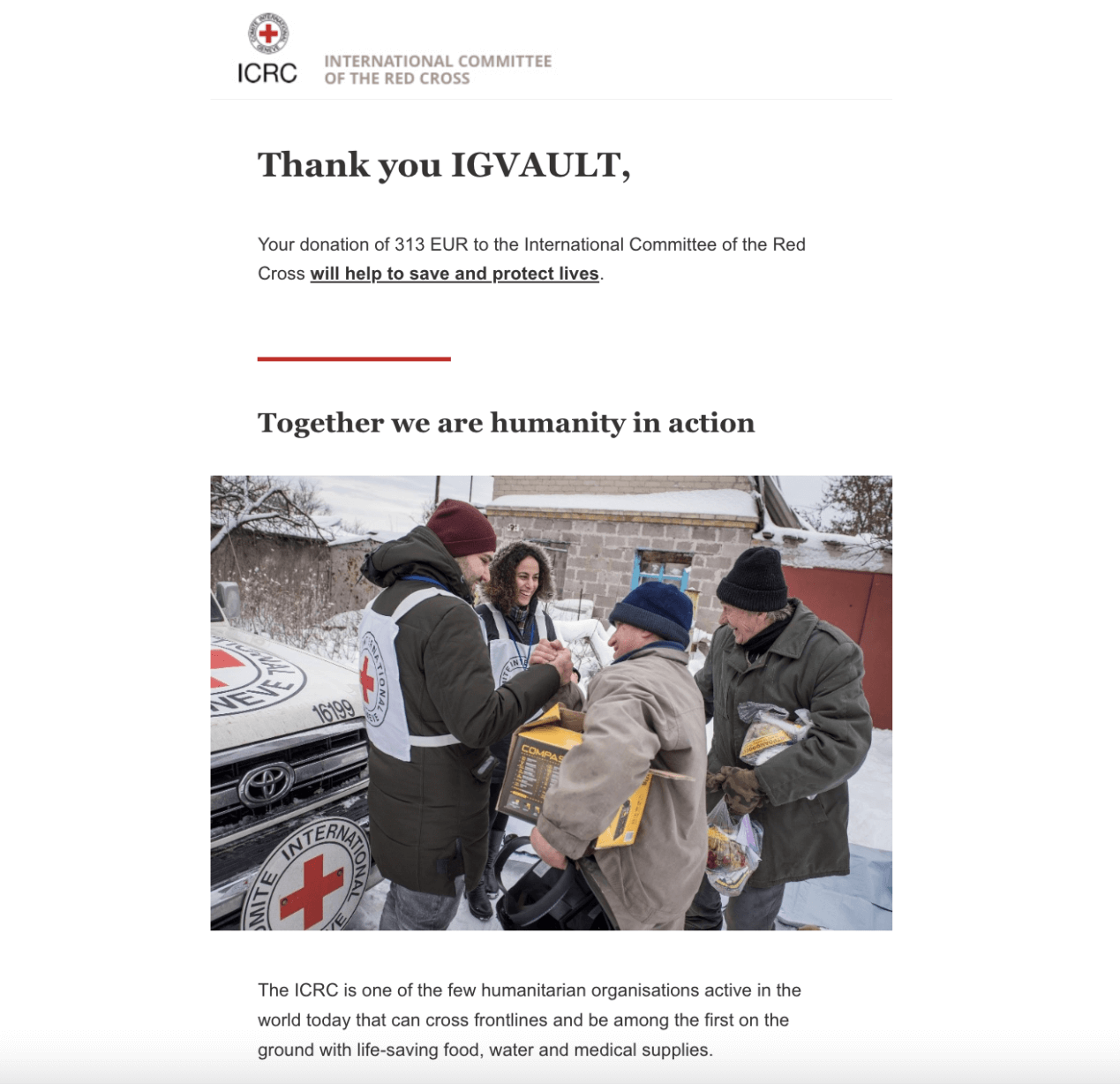 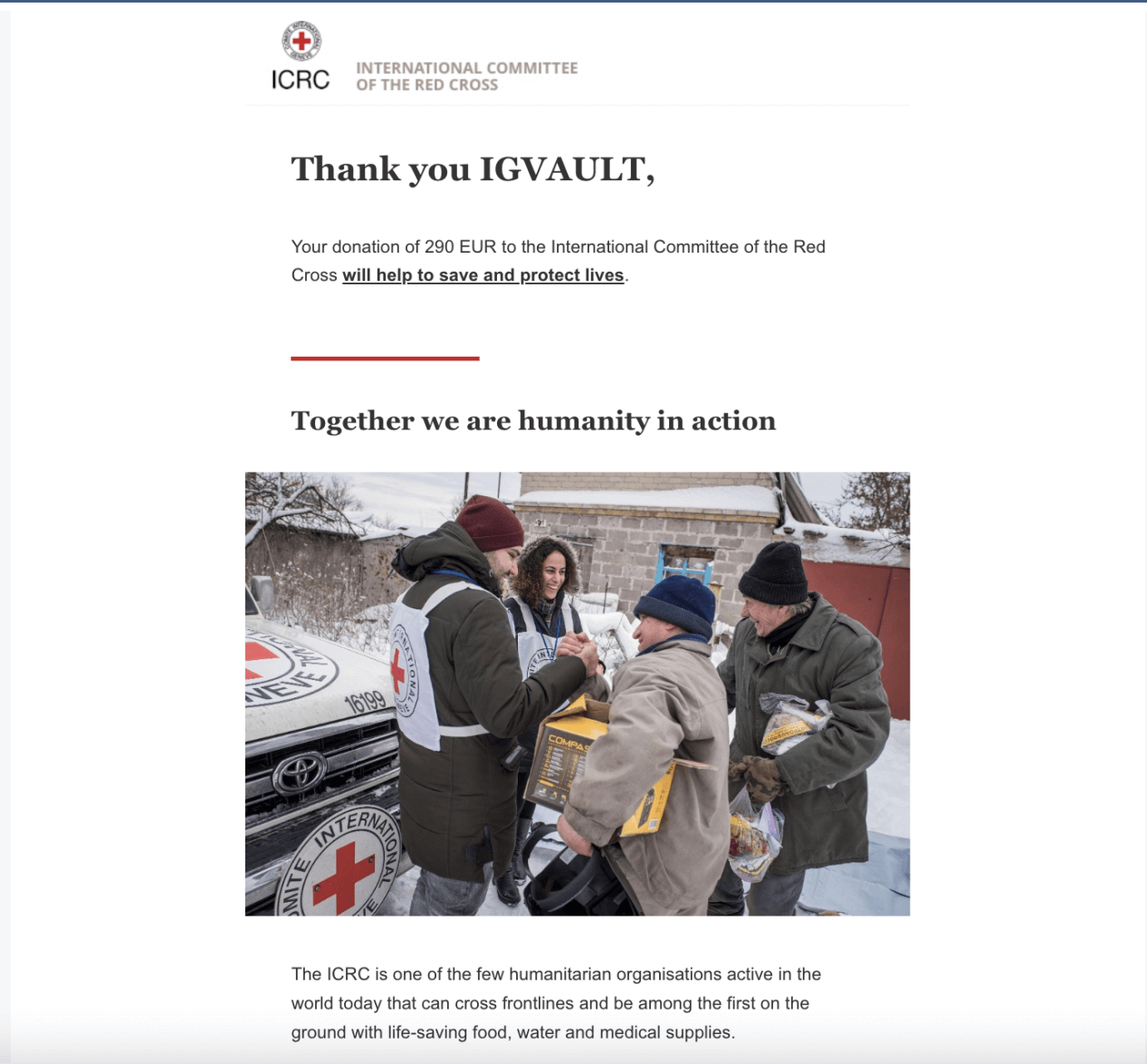 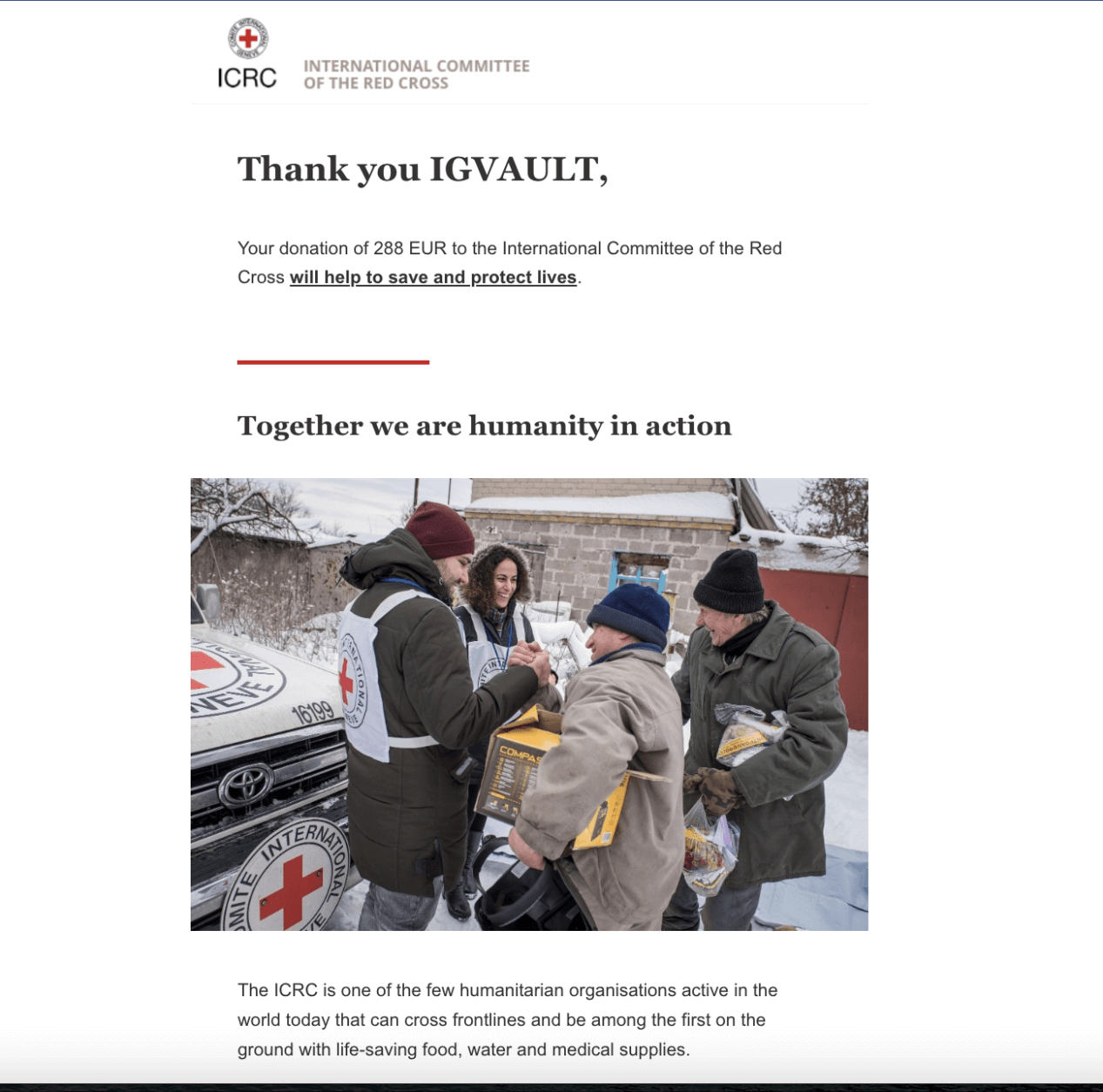 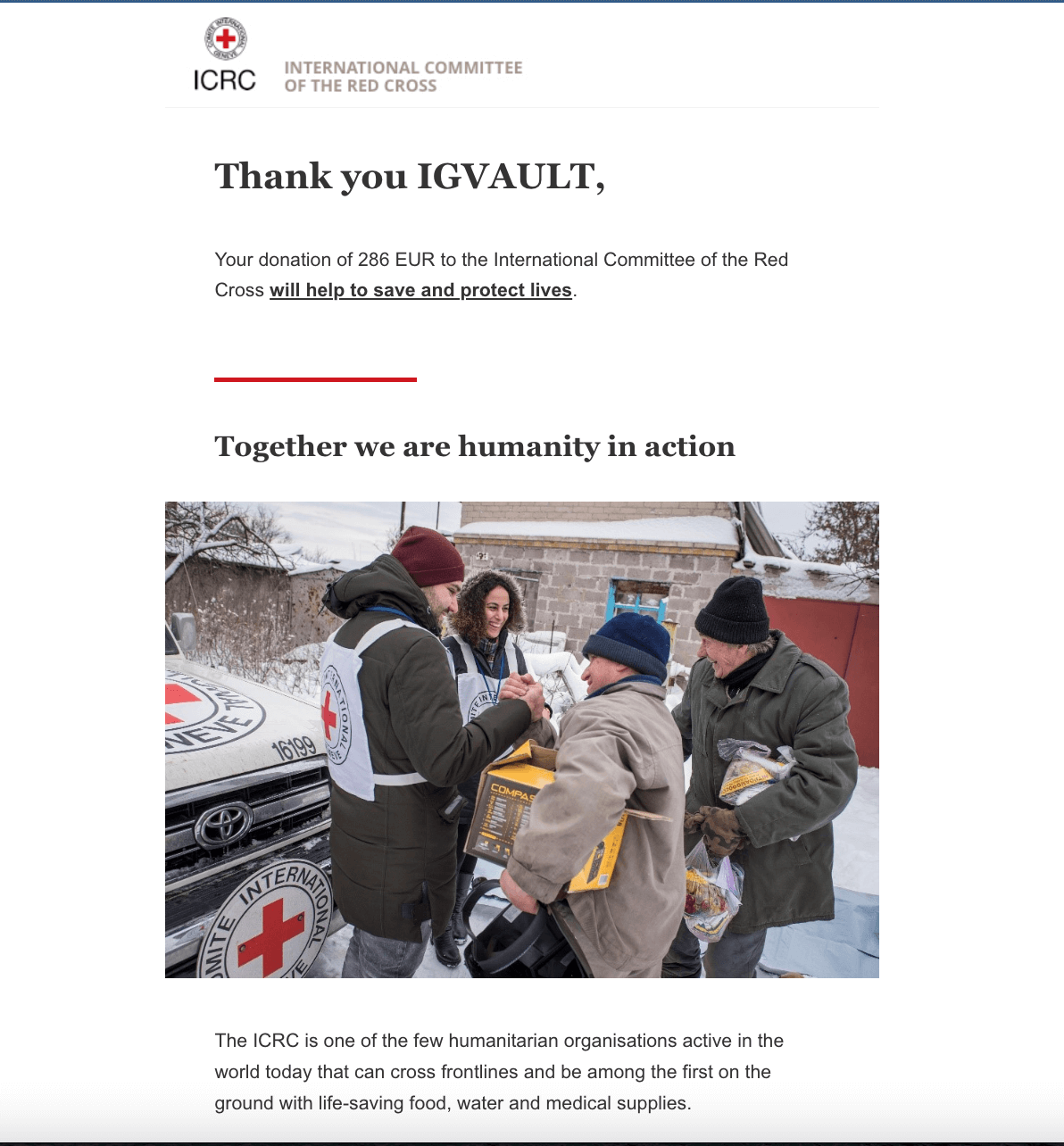 Justice need to be served!

Join us now ！Now you have chance to Be a Part of it!

Let's save the world together!